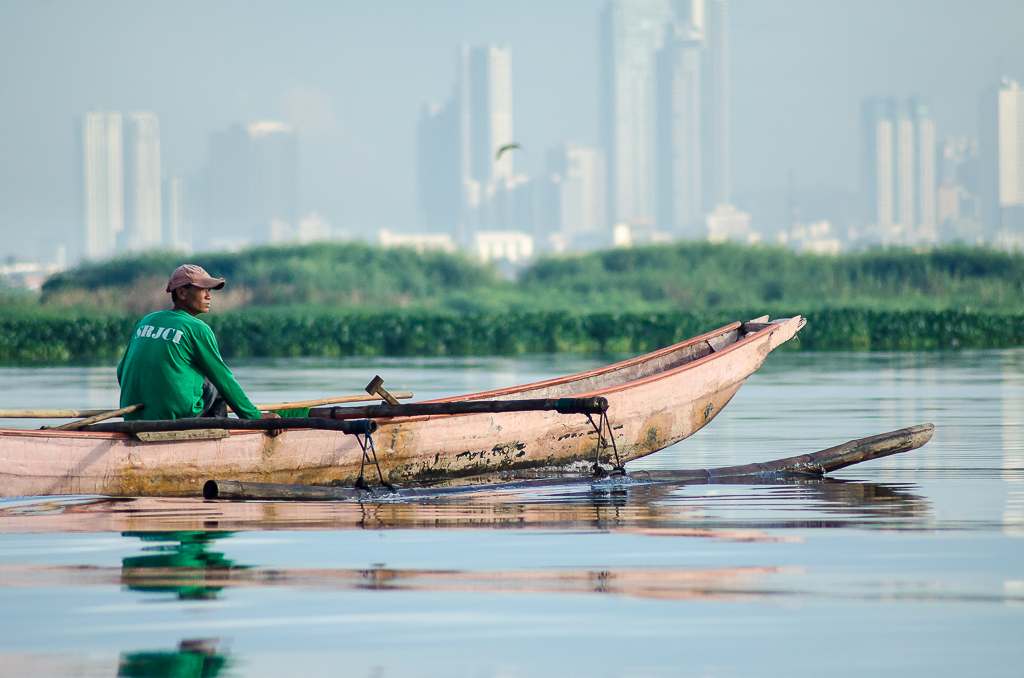 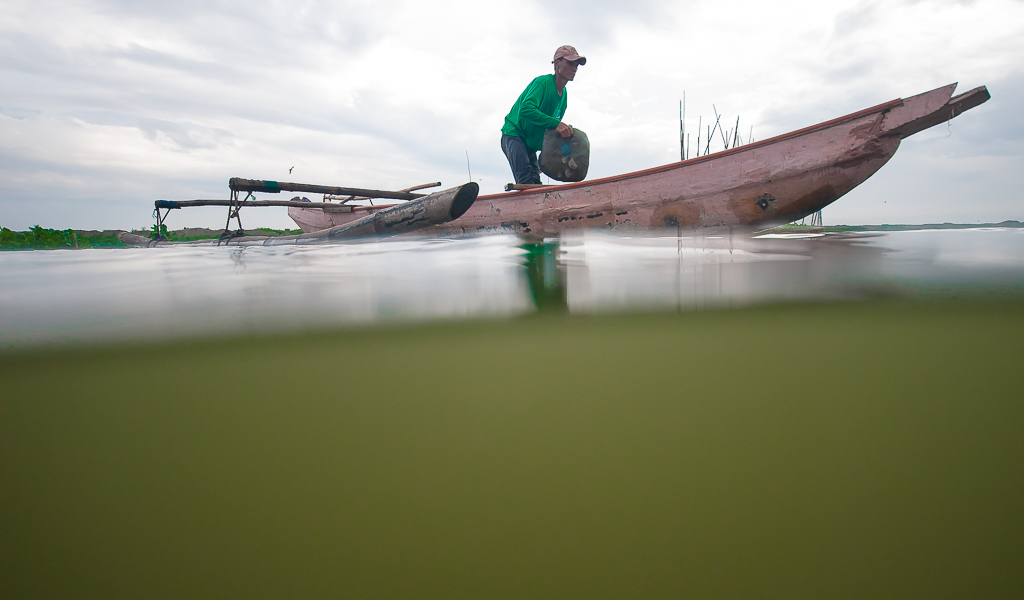 Preparing his fishing gear for the day's activity. 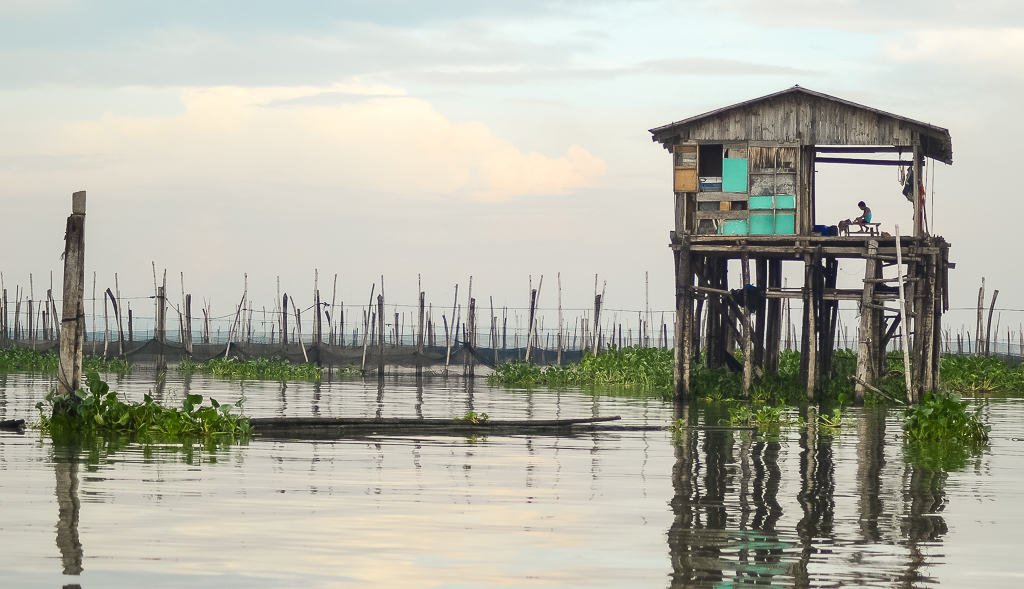 In the middle of the lake, a fishermen's "pahingahan," ideal for quick naps, good stories, or just tranquil moments with the lake. 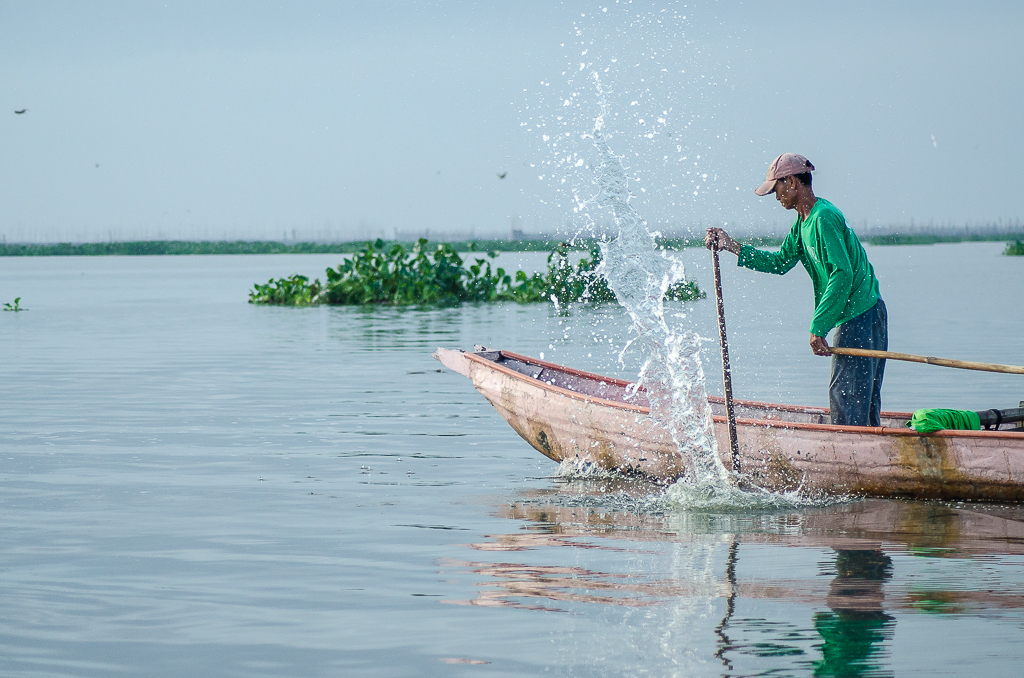 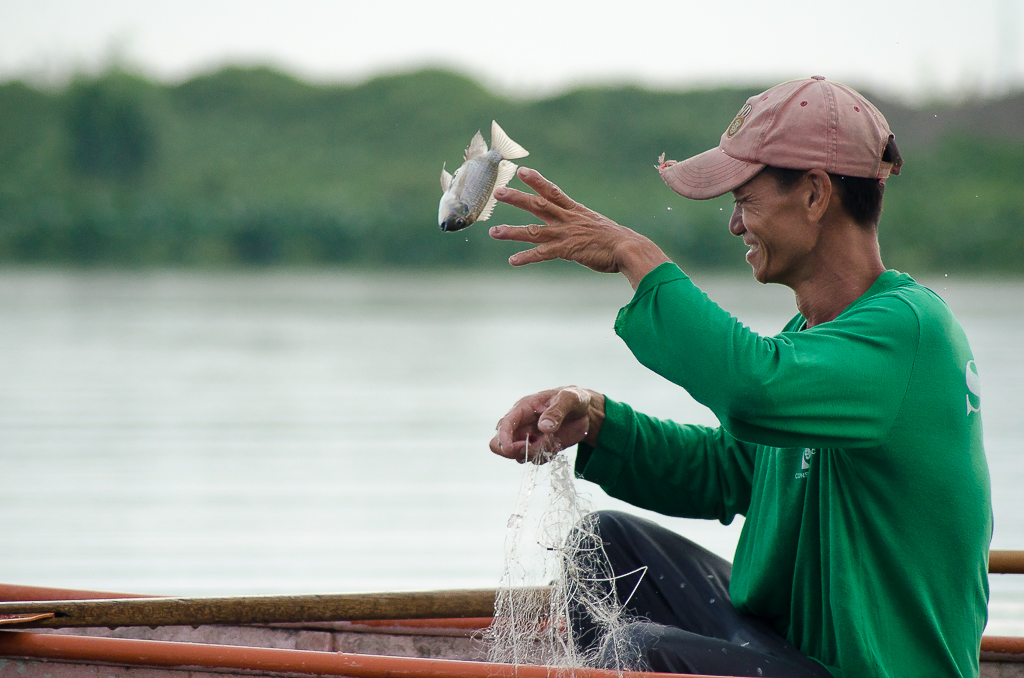 A thankful Mang Unyot, happy with the day's catch. 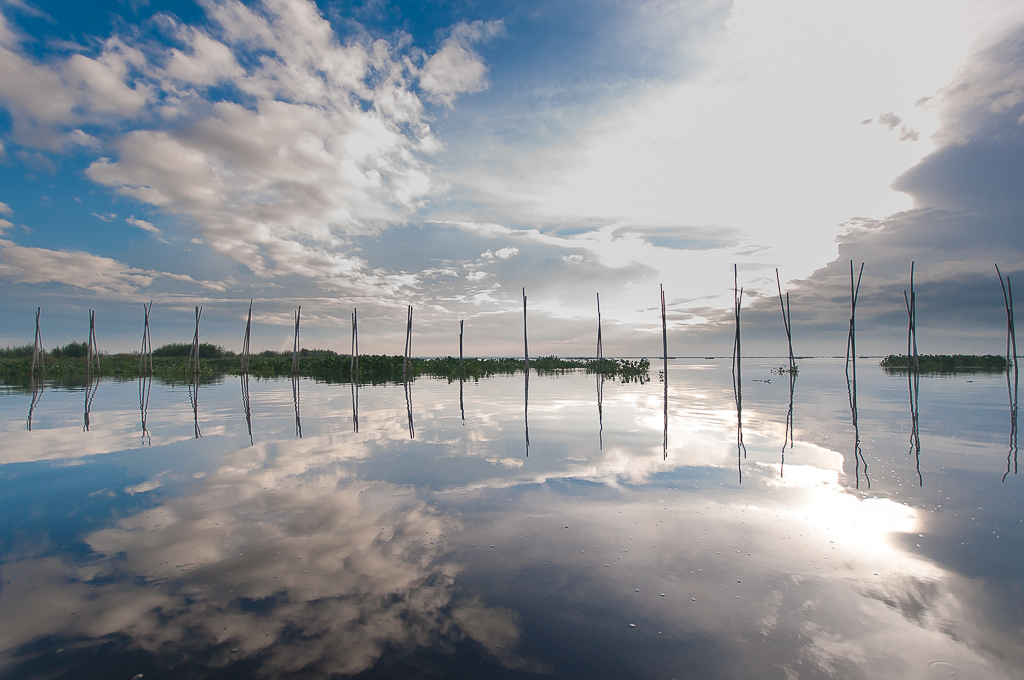 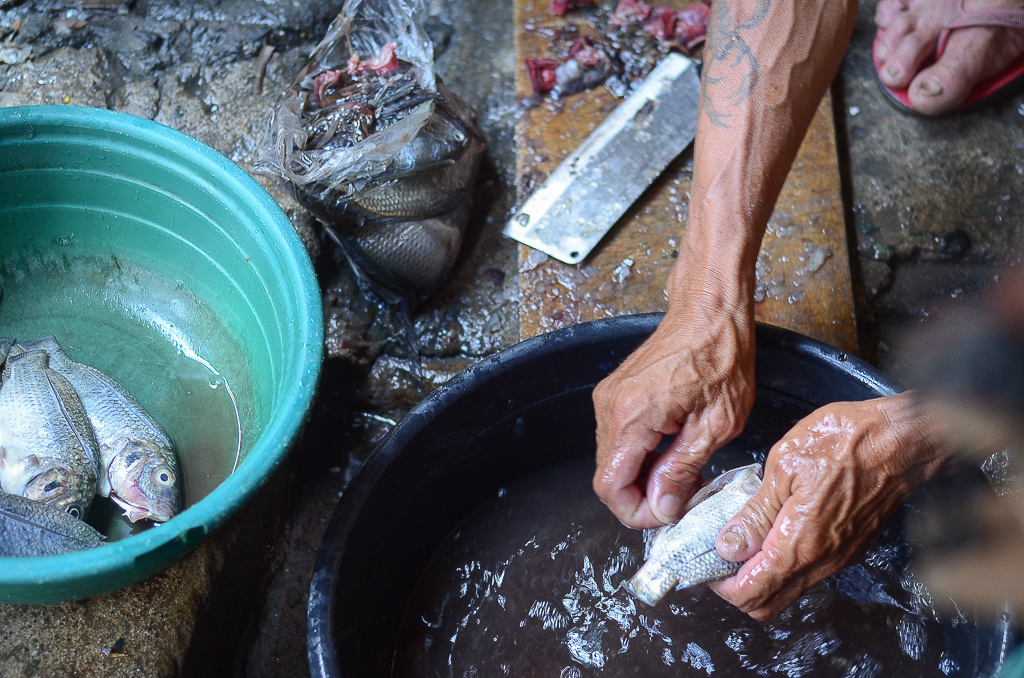 Part of his catch for lunch. 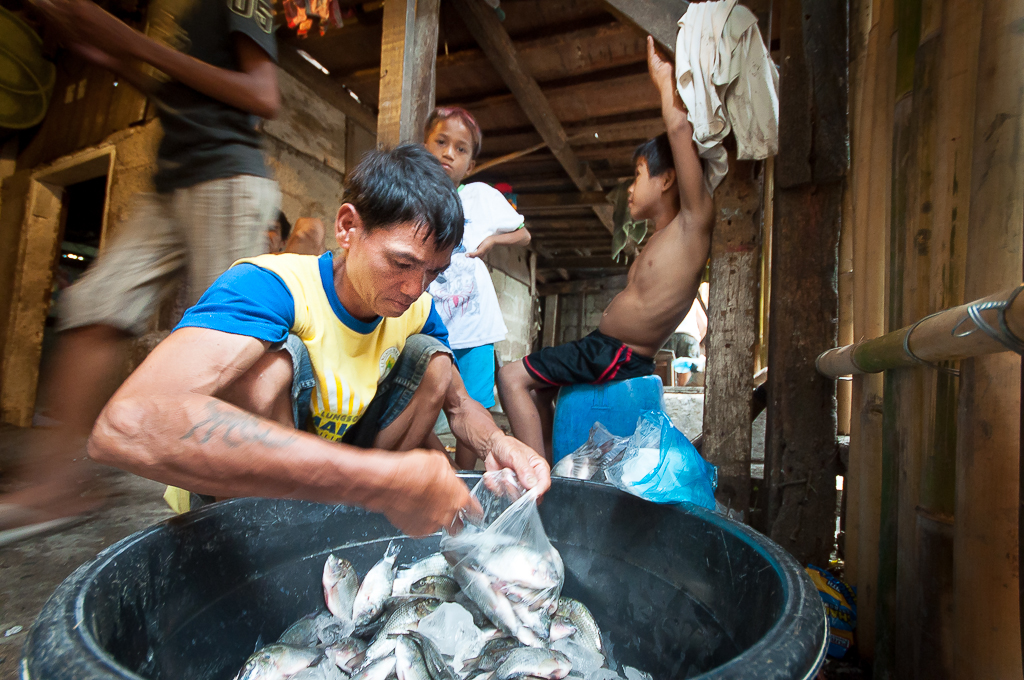 Packing the fish to be peddled by his wife around the neighborhood. 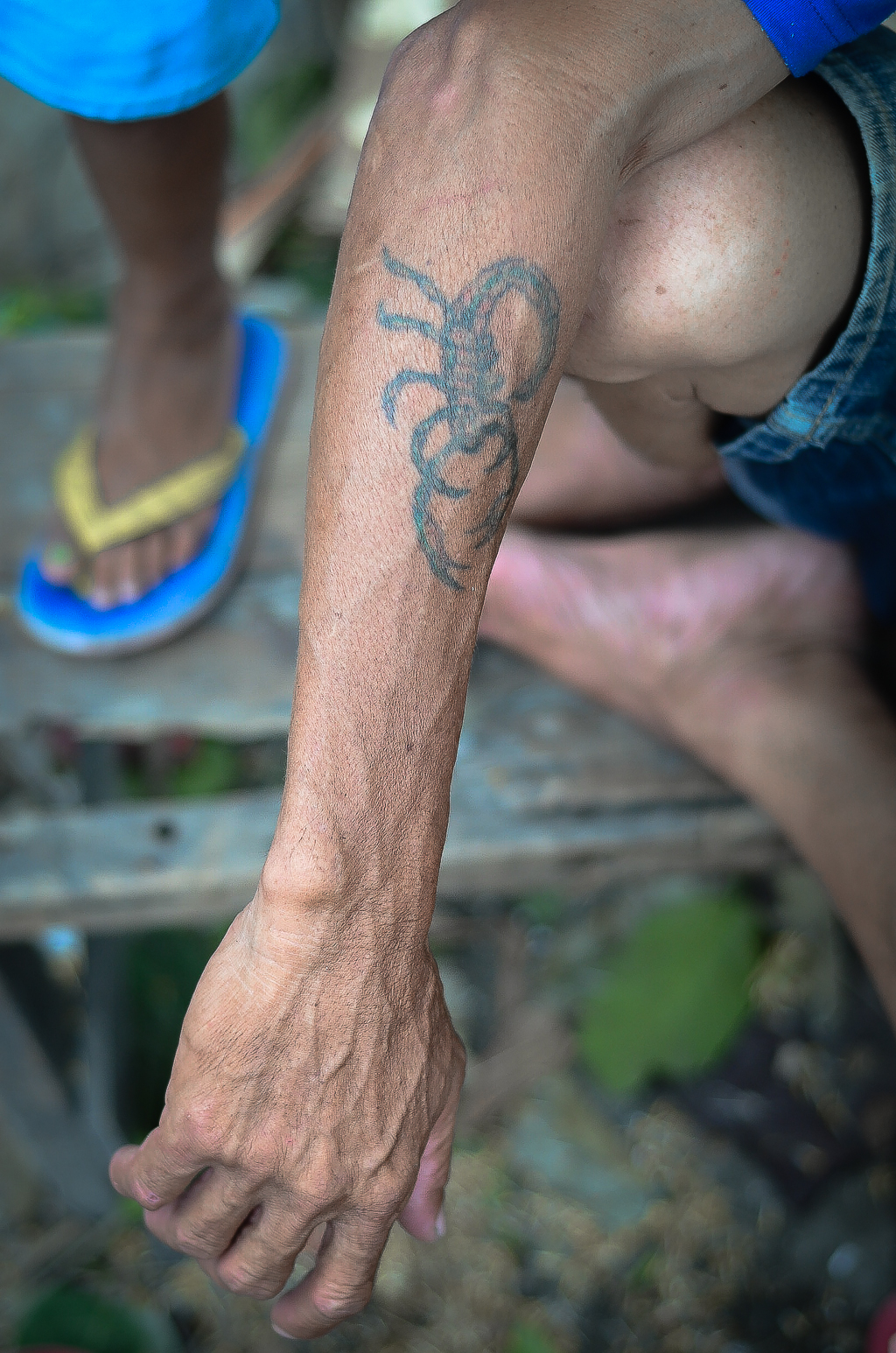 A part of Manong Unyot's teenage years marks his arm. 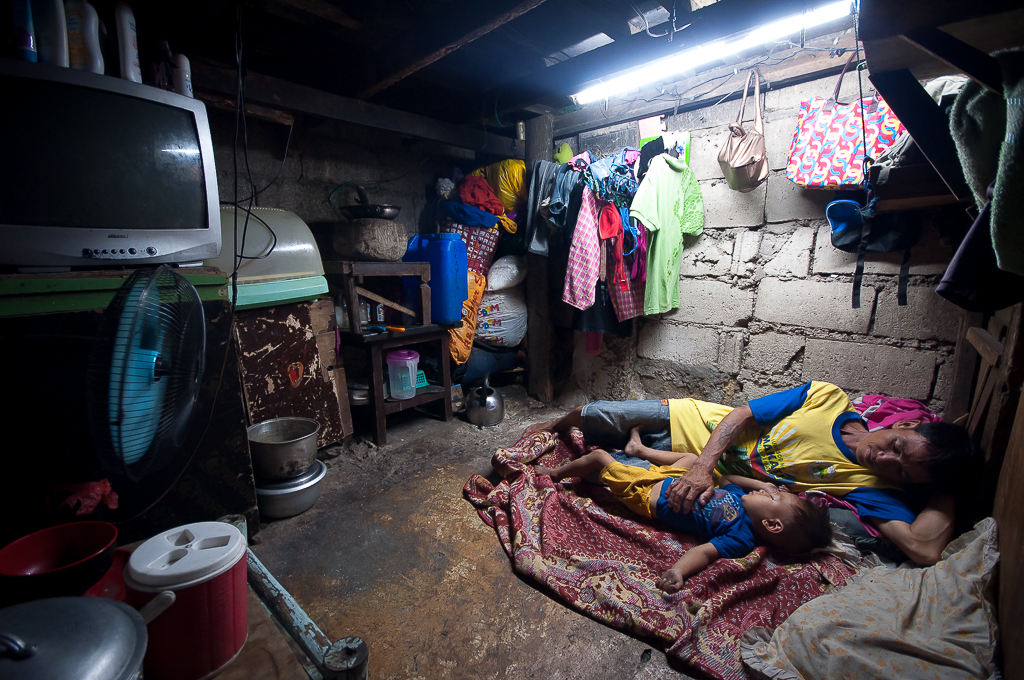 A long day's rest with his son. 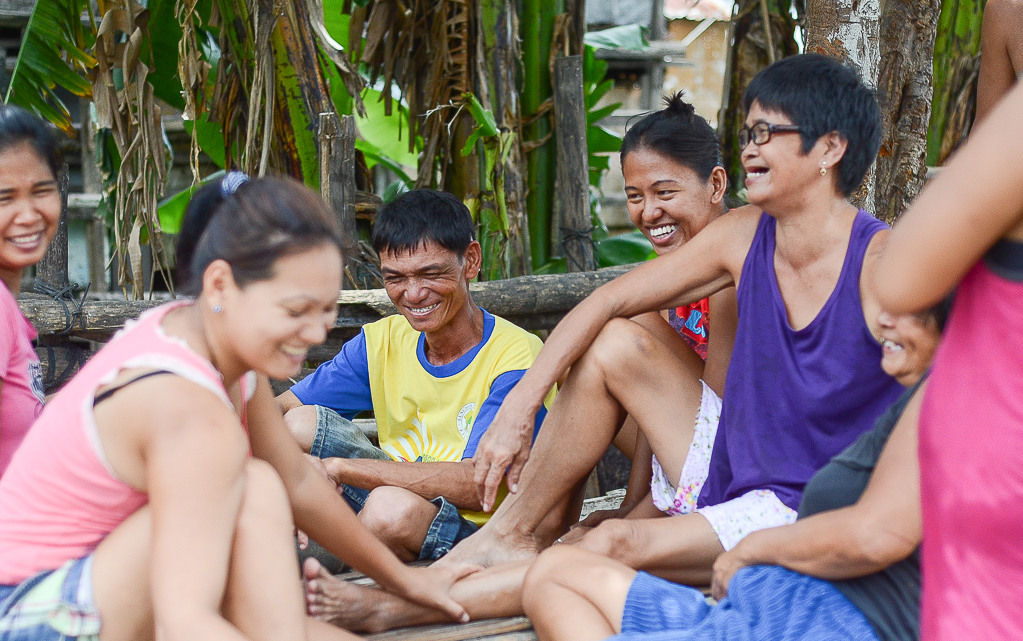 Mang Unyot, his wife, and their relatives. Their quaint compound may be small but it houses 13 families, all related to each other. 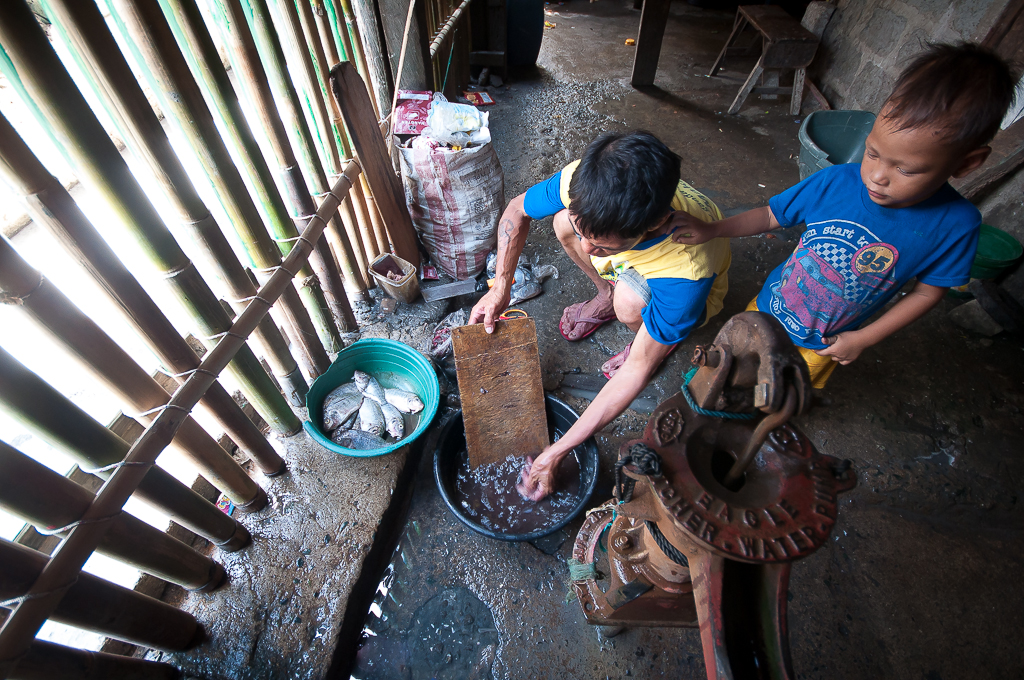 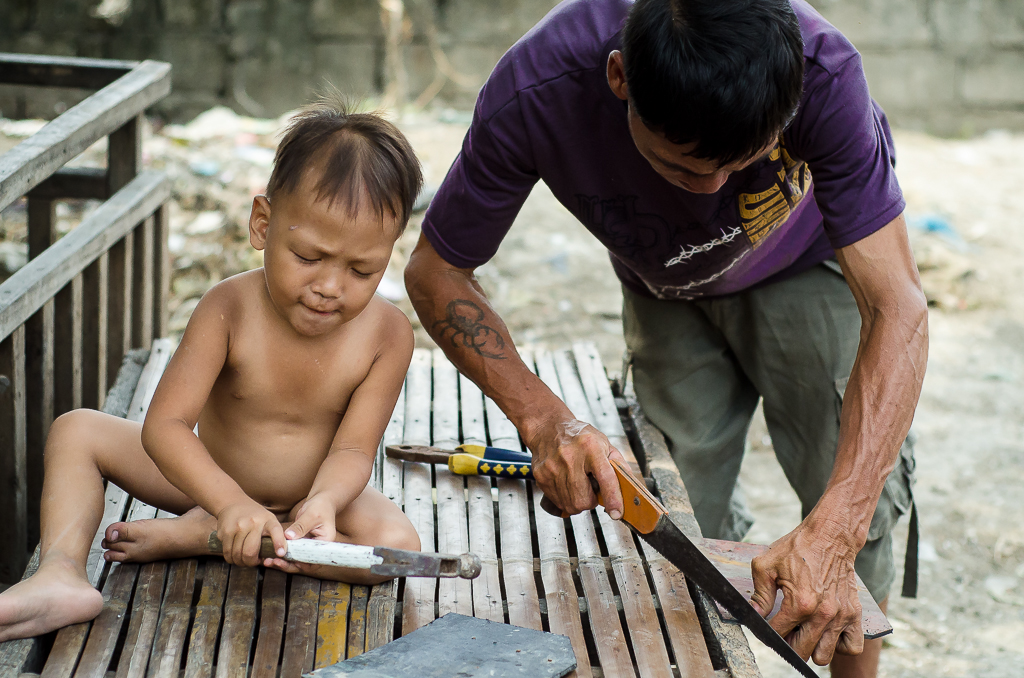 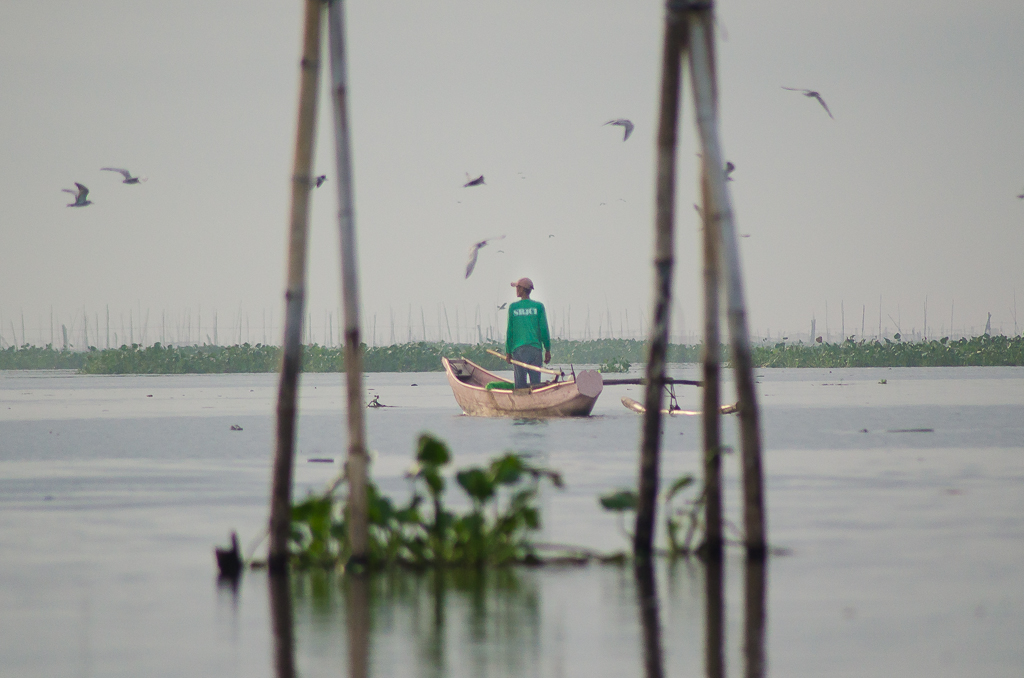 Mang Unyot scouting the area, determined for the day's catch. 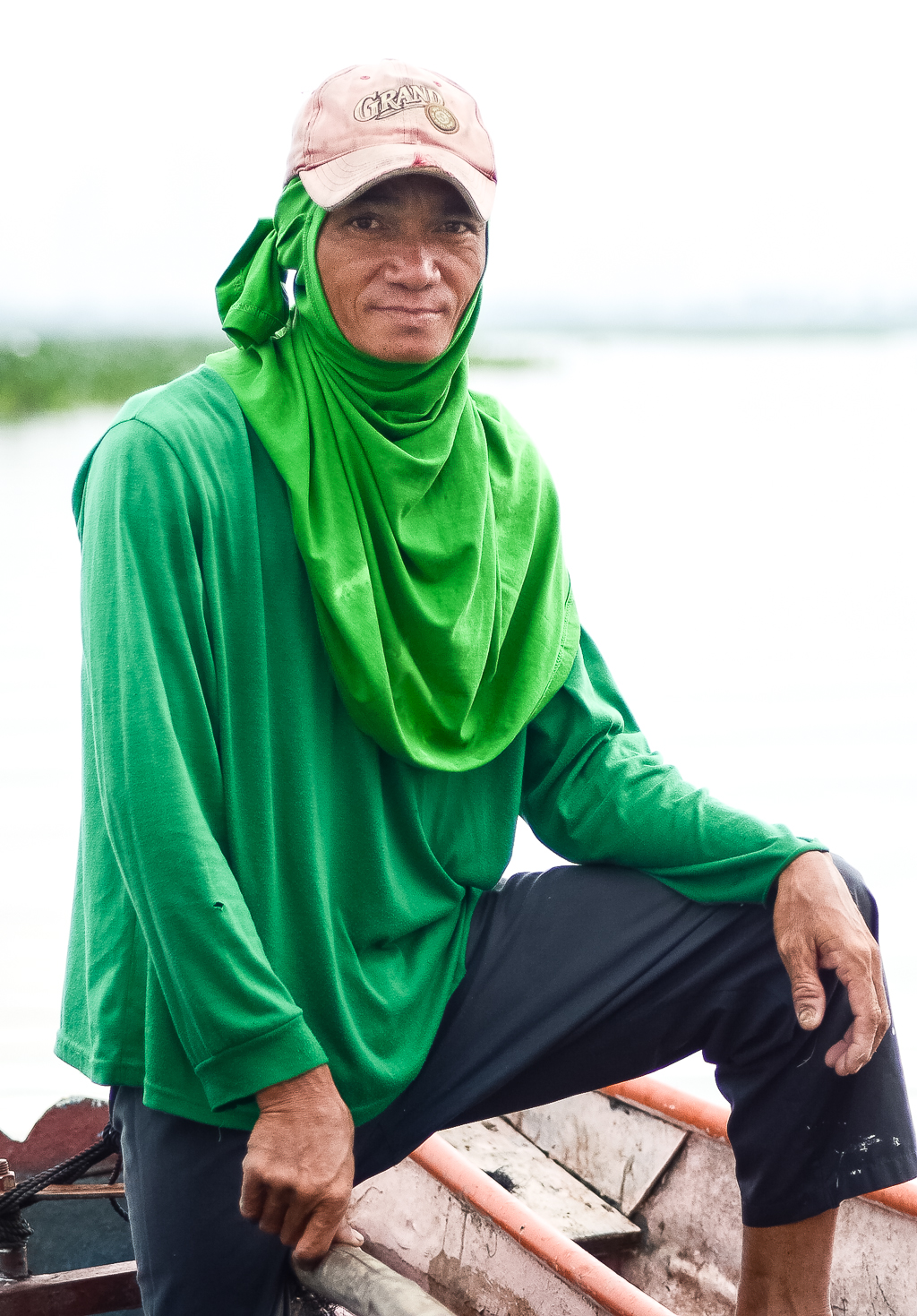 
In the middle of the lake, at the very tender age of 10, "Mang Unyot" began to learn his lifelong craft. Taught by his father who himself made a living from the same endeavor, "Unyot," or Dominador Guinto, Jr., started what would be his most prized art: fishing. Fishing is his livelihood―a means to provide for his family, and also his art―a way to see the world, partake in its goodness, and, from time to time, enjoy the beauty of Laguna de Bay―his most precious canvas.

Mang Unyot is a "mamamante" fisherman, one of the very few remaining ones in Barangay Wawa. A distinct kind of fishing, "Pamamante" requires a different kind of net, and involves "tibog," the process of waiting for a school of fish to be where the net has already been set at a certain part of the lake. The net Mang Unyot uses only traps medium-sized fish, mostly the local species of tilapia, or a variant they call "arroyos."

Catching large fish in Laguna de Bay is prohibited by law. Only large fish that come from fish pens, "baklad," are allowed.

Here, he is an artist, and the lake his canvas. Laguna de Bay is where he hopes for a better tomorrow for his family. The lake is not only his source of livelihood, it is also his symbol of hope for good things ahead. In the past, more than half of the residents in Barangay Wawa were fisherfolks, but the years have seen this number dwindling down. The few remaining ones, including Mang Unyot, fear that one day will come when their local art of fishing, their "Pamamante," will be forever lost. He hopes that he can pass it on to the younger ones; they may go on and pursue other jobs, but he hopes his art won't be forgotten. Yet he feels the tides of change in his time.

He sees himself in his son, but he doesn't want Bradley to take on the same or even more difficult circumstances in life when he grows up. And so Mang Unyot, despite all the struggles, all the drudgeries of the day-to-day, continues to give it his all for his son's future.

This is a story of struggle and hope, and one fisherman's resolve to do everything he can for his son and his family, the love of his life.

This photostory was submitted for "A Day in the Life" final round entry for DPP's KLM On Assignment Barcelona Photography Contest here.